So your MacBook Air screen cracked? This issue is not uncommon. You can find accounts of the MacBook screen cracking by itself on Apple’s own forums as well as MacRumors, and others. A crack is only formed by some sort of force, but the amount of force and the type of force that causes a crack can vary a lot. On some models only a little bit of force is required if applied just right to crack the LCD panel of the Mac. The models that seem to crack the most with the least amount of force are the 2017 MacBook Air and 2020 M1 MacBook Air. While both of these models still require some sort of trauma to crack the screen, in our experience they require less trauma to crack on average than the MacBook Pro line of laptops. 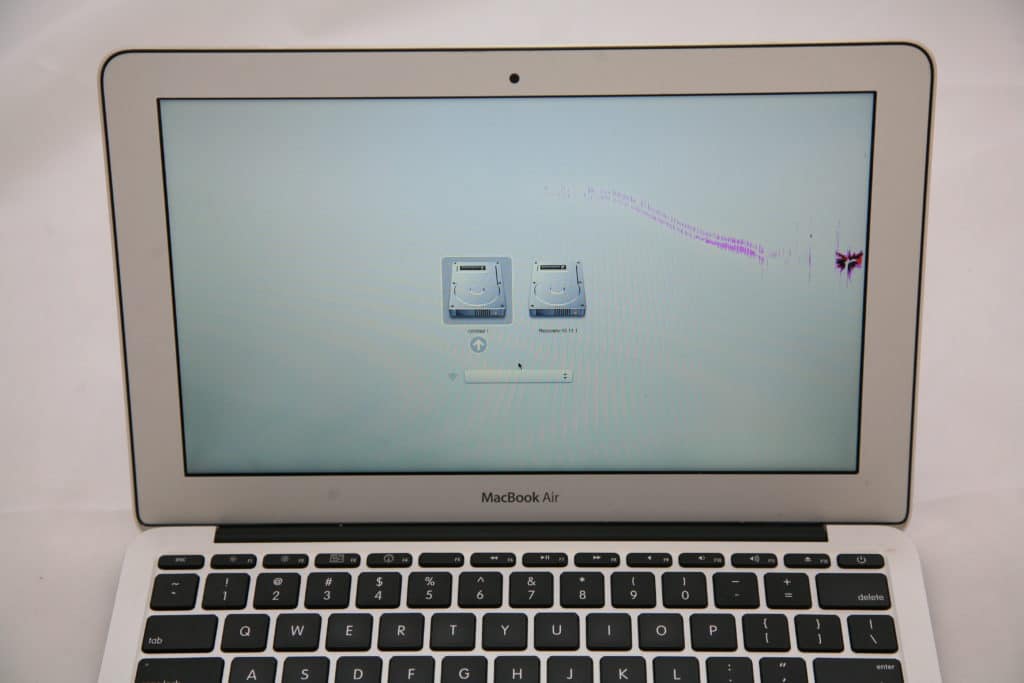 Sometimes when the computer comes in we can see where the impact point was that caused the damage to the LCD, other times, it does appear the screen started to crack from a kind of twisting motion. On some model computers, including the MacBook Air, the screen’s LCD panel is so thin, and the metal housing is so thin, that it allows some bend in the display when opened or held by a corner. The LCD panels are extremely brittle, so this slight bending can cause the LCD panel to crack internally. We sometimes hear this happens when the computer is placed in a backpack that is a little too full, or is opened and closed by a corner instead of the middle, and sometimes it just seems to happen without any external influence at all.

Another scenario that can cause the belief that the computer cracked by itself is when a very small, not noticeable, crack has formed from a hit, drop, or twist, but the small crack in the LCD remains so small it is not visible for some time (hours, days, weeks, you get the idea). Then at some point something finally causes the crack to expand (a lot like a windshield crack will expand in cold weather, after going over a bumpy road, etc). It appears that a perfect screen just suddenly cracks without any external influence, when in reality there was a small crack that was just made worse by something that normally wouldn’t cause any trouble (changing temperature, adjusting the screen, or a ride in a full backpack).

There is another form of screen damage that is more common on the MacBook Air models than on other models that causes a vertical bar on the screen. This damage is caused by a failing ribbon cable that is part of the LCD panel. When the ribbon cable begins to pull off the connection, it causes a bar like the one shown below. Unfortunately, the only way to repair this issue is to replace the entire LCD panel rather than just the damaged cable. 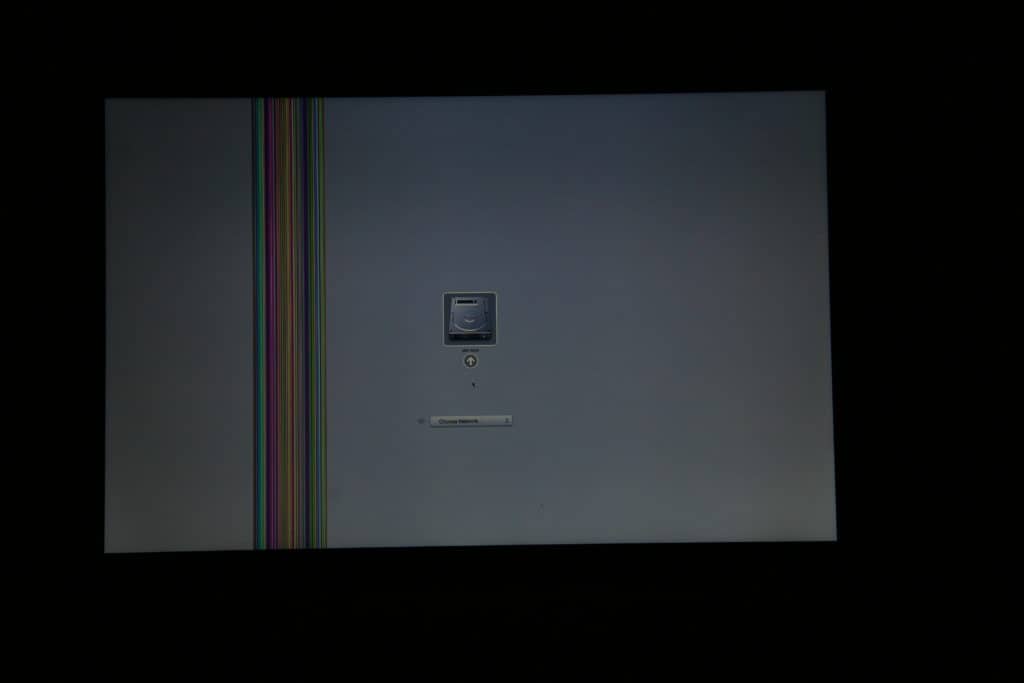 Apple has now started to offer AppleCare+ for newly purchased Mac computers. If you have a laptop that isn’t going to just sit on a desk its whole life, I believe AppleCare + is a good investment. Apple has always liked expensive displays, but lately, they are getting more and more customized and also more and more expensive. In the past, Apple used basically standard display panels that you could find in other laptops (much like their hard drives, RAM, etc), but now they are using more customized designs and connections so finding replacement displays for less than what Apple sells them is becoming more and more difficult. I think this trend is here to stay as it allows Apple to have greater control over the Apple repair sector.

No matter if your MacBook screen cracked by itself or if it was hit by a falling healing stone (yes, that did happen), we can help you get it back into working condition with a new screen. Rather than getting your MacBook Pro screen replacement at the Apple store, check out our reviews and let us help you get your computer working again as quickly as possible. We offer affordable Mac repair for everything from damaged 2020 MacBook Air screens to liquid damage to data recovery. With thousands of MacBooks repaired, we are experts.